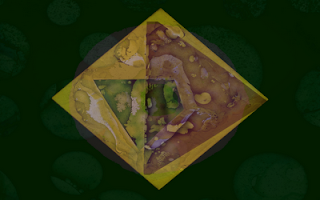 I began my practice by playing Where We Are, moved onto an improvisation, then played through Kinnara, and followed with another improvisation.  There was something about the energy of music flowing with a piece andcthen alternating with improvisation that I liked.  The Crafty aphorism Release the unnecessary came to mind.  I was prepared to play through Gathered Hearts but decided to inhibit this action and work with the AT directions instead.
I came up with a new improvisation based on the AT directions:
*release my neck and allow my head to flow like a cloud
*allow my spine to release upward into the heavens
let me back be as wide as the cosmos
*allow my legs to release from the pelvis and my feet to kiss the earth
*my shoulders as wide as the ocean
*my arms lengthening to the horizon, allowing my fingers to release music as the ocean releases a wave.

As I returned to improvising on the guitar, I quickly found myself thinking and judging about my musical choices.  I realized another release - unnecessary thinking and judgment was in order.  Not only is this a good musical practice, but it can serve me well in other circumstances as I improvise my life.  As I moved on in the improvisation, I smiled.  I also realized that I needed to release the unnecessary thinking and judgment that approved of how the improvisation was unfolding.  I do not need to get swallowed and lost in my thinking, but simply remain present to what I am doing.  “Accept, allow and play” could be my mantra.  Release the concept of right and wrong and instead focus on movement in the musical moment.  On a larger scale, focus on the movement in my thinking...focus on the movement of my life.