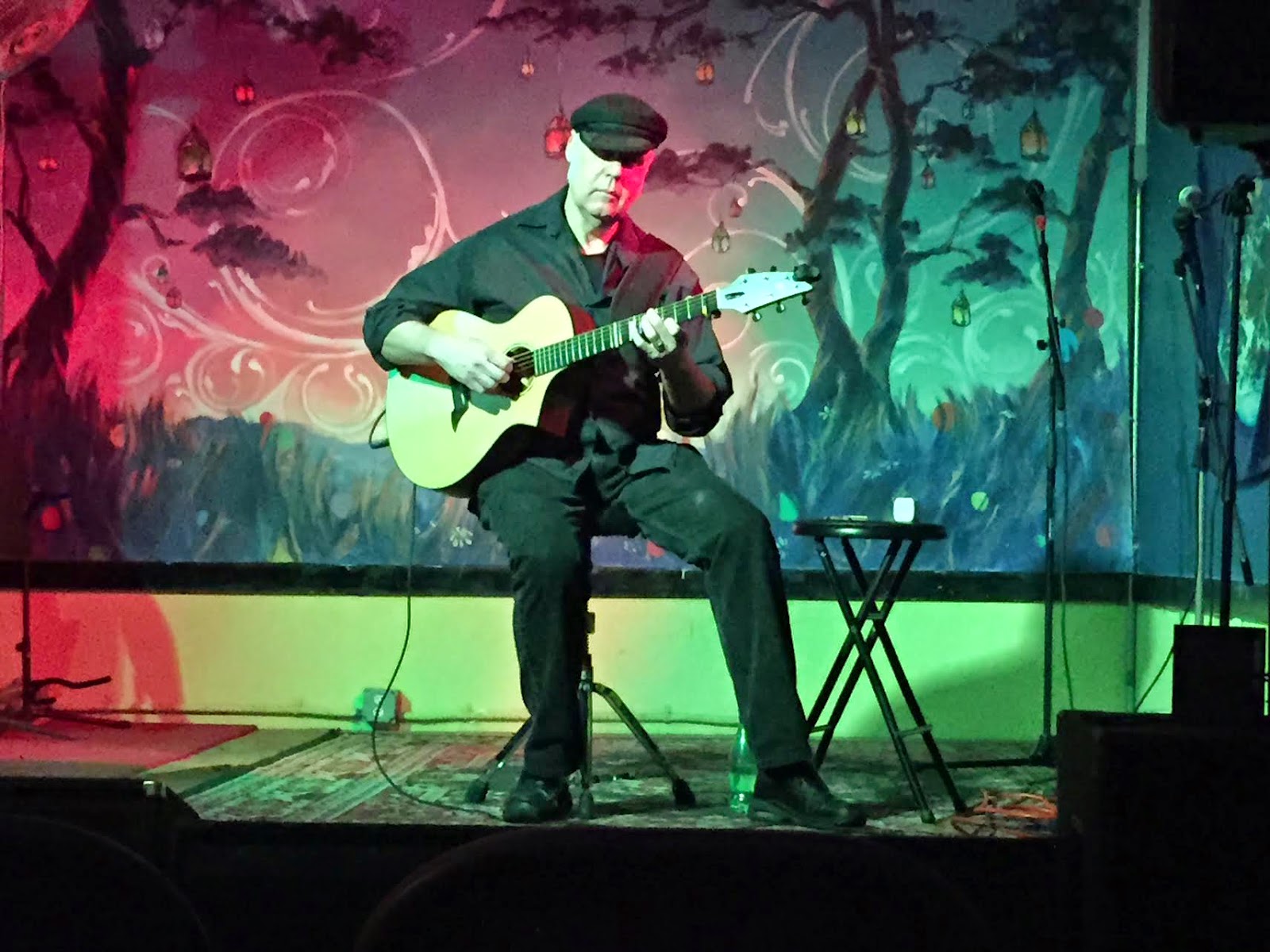 Yesterday was a bit of a low energy day for me and I had the gig at Electric Maid.  A nice spot to perform but with no green room, the performer is exposed.  Good stuff for me to work with.  How to connect with arriving friends and keep a sense of myself and the intentions to which I aspire.  I was the second performer of the evening after a solo electric guitarist Jon Camp.

Asking for help as I hit the stage the first piece began too quick.  The energy of Dancin' Free was bubbling and I held on for the ride.  Gathered Hearts was fine and The Call had a special quality hovering about.  Senseless Loss was intense, and Dandelion Wish was a bit sloppy.  Livin' the Dream appeared fine.   Scattered Hearts was also intense as it should be, but then I really began to notice my energy and focus was draining.

I had trouble beginning the next piece, Opening, and I fumbled in it a few times.  I began thinking of dropping the next piece Forget-Me-Knot as the emotional content of this piece hits close to home.  Forget-Me-Knot arrived in the aftermath of my Brother's death.  There was one other piece after this and then I could be off the stage.  Then I heard myself and I knew I must play the Forget-Me-Knot.  I must execute the set in the order written and maintain the balance of the music.  What was going on inside of me, I am not sure.  But with focus fading, and the mistakes within Opening, I suspect that fear was manifesting.  And it was, but the fear was not allowed to flower.  I learned and grew from it, and the last two pieces were played strong.

Photo by Jackie Moore
Posted by Patrick Smith at 7:04 PM