The Power of Gentleness 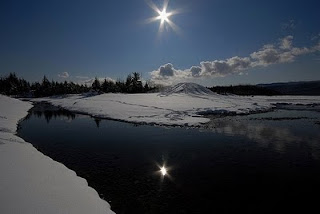 While practicing guitar tonight for next weeks four live recording dates  I had an interesting insight. I had been working with incorporating the AT principles in particular with a challenging part in Stepping Stones. This part involves a power pull-off of a triad and then hitting nearby harmonics, followed by another power pull-off of a different triad and then playing harmonics further away. There is a power in this section, yet tonight when playing amplified I heard too much string noise in the pull-offs.

I generally have worked on this piece acoustically. Now that I was hearing the part as it will be recorded, amplified, I knew I needed to get to work on this. Paying careful attention to the use of my left hand and thinking out the movements before actually making them was bearing fruit. But still the result was uneven. I had a thought to play the part as gently as possible. I did and was immediately delighted by the quality of the sound. I continued practicing this part gently, realizing that in playing it gently I was allowing my fingers to learn '"their role" in this part. From the place of power of my fingers really knowing the part I can increase the volume and have the part sound good.

I inhibited my desire to move from the gentle practicing to playing the part as intended to see where the practicing had taken me. This felt too quick to evaluate the part and would hinder the process of muscle memory. Instead I played through the entire piece as gently as possible. When done I completed my practice, smiling at a good nights work.
Posted by Patrick Smith at 7:30 PM