Very long day at work today. Illness and vacation have my staff down to a bare bones crew, meaning I get to pick up some extra duties. Home to a hot shower and time with my favorite person in the whole world. Then at 8pm to the basement to practice. By this time I was ready to engage with my guitar, not just pick it up out of a sense of duty or discipline. Both of these have their place in my practice but when tired from a long week I need to muster the desire to play.

This allows me to approach my guitar with a sense of joy and love of the process. I decided to rest some more and began with a ten minute AT lie down. My back sinking into the support of the earth, tensions slowly dissolving, my mind clearing, my habits resting. I took my guitar from the case and began chasing some notes about the fret board, no clear sense of anything, just listening to the results. Waking up my hands and my ears simultaneously. After a few minutes I took to my stool and decided to continue investigating C Hijaz.

Extending my work on two strings I began looking at triads on the three top strings. Found some lovely chords here, some based in seconds & fourths, some in thirds. At one point I heard myself saying I have no idea what to do with these, how to integrate this with the improvisations I have been doing with this scale. I smiled, gently reminding myself to just explore, & allow the time needed to digest the information. A striking contrast to where I might have arrived with this thought in years past. Questioning should I notate these chords or ??? I decided to improvise.

I have a working opening that has been guiding my recent improvisations in this scale and I began to explore the possibilities. I found myself grabbing some chords unexpectedly and liked what I heard. I paused and turned on the tape machine to galvanize my attention and to aid my memory if music was about ti tinkle out. Gently I began, exploring some familiar patterns, then I found myself playing with a couple of the triads I had recently found and then another. The improvisation did not 'take off' like some I have done recently, but more importantly I found a way to bring it to a close. My recent forays have just stopped, this one arrived at an ending.

Time to return to my guitar ...

I decided to run the potential set list for next weekend with the tape machine running again. I wanted to stay better connected with the pieces and the transitions between pieces than I did last night. Began with the Alexander instructions, particularly allowing my fingers to lengthen. I've been doing the AT work enough the last few  months that I am noticing the value.

Tonight's work pointed out the known weak spots and the importance of getting any capo changes right prior to beginning a piece. May need to drop one of the new pieces, but I'll not decide that until I am rested. Turned off the tape machine and was taking off my guitar when I decided to approach another improvisation with C Hijaz. Turned the machine back on and let it go. Happy with the ease and comfort I can now allow myself to delve into the uncertainty. I'll continue to increase my vocabulary and facility with this scale and see where we go. 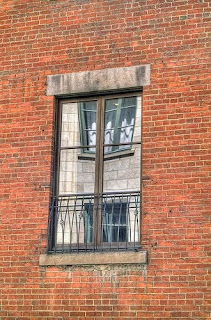