What comes from the Heart

goes to the Heart
Posted by Patrick Smith at 8:42 AM No comments:

A fun and informative night playing guitar with my dear friend Peter.  This tinkled out afterwards.

Posted by Patrick Smith at 8:10 PM No comments:

Email ThisBlogThis!Share to TwitterShare to FacebookShare to Pinterest
Labels: haiku, music of life 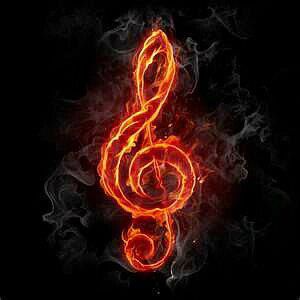 While reading RF's Diary yesterday the following aphorism was on the bottom of the page.

Better to be present with a bad note than absent from a  good one.

I came back to this many times throughout the day as a result of posting this to Facebook with the resultant likes & comments.  Upon awakening and journaling this morning the aphorism visited me again.  This prayer for today came forth.

May I be present with all of the "notes" that emanate from me today as I sing the song of life.  May I harmonize with the notes of my colleagues, our residents, and their families, listening for the music within them that they may or may not be able to express in the moment.  May I be silent until the time I am to play.  May I vibrate gently, be in tune and play my day with good tone.

Music Whispers by ...
Posted by Patrick Smith at 4:58 AM No comments:

where he further develops his ideas of applying Alexander Technique to music and a wealth of other solid musical approaches to explore.  From an AT perspective, he has me rocking on my sitz bones as I play, just sit, and/or prepare to play.  The notion behind this and other of Pedro's approaches is to have this as a "latent" potential within me, a freedom whether I am actually rocking or not.  David Jernigan reminded me of this in our lesson 2 weeks ago and I have been exploring this at while playing the guitar, working on the computer, and tonight when sitting down to dinner.  Almost immediately I have noticed an increased ease within my right leg when seated with the guitar.  Over the years, I've had a tendency to "hold on" with this leg and am slowly letting this go.

As I was "rocking" out while playing tonight, I paused and thought of freeing my neck.  This simple but vital AT practice that begins to reset my proper use.  While pausing I thought of a wonderful post I read by Trey Gunn last night titled Bias.  Drawing inspiration from Trey's words, I heard a note in my mind, found it on the guitar and then listened for the next note.  I was off to that wonderful space of allowing music to come into being.  A beautiful melody emerged which I played with.  After a while I took a short break.  During this break, the thought of inverting the melody arrived so I explored this.   Just as Trey suggested, allow the idea out, then apply theory.  Pausing at times during my playing to return to rocking, allowing freedom to enter in my body and mind.  Many thanks to all those that inform me. 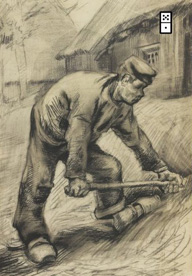 Last evening I revisited an idea for a piece that began in January.  Somewhere along the line, this idea had slipped from my radar.  But because I had notated what I had, I was able to resume working with it again.  The piece is for a friend who departed this life in December and if I can follow my muse, I would like to remember him in this way.

After a light breakfast, I read through my notes from Steven Pressfield's Manifesto Do the Work. He states "One rule for first full drafts get them done ASAP ... momentum is everything.  Get to the end as if the devil himself were breathing down your neck and poking you in the butt with a pitchfork."   I decided to test his rule.  Playing around with the musical material I had, I found a direction for the piece to move to next.  Then after playing around with a few other ideas I was stumped.  Usually I might continue by going back to the beginning and working on my playing technique, but today I said no to this; I must get to the END.

I also needed a shower as I had a date with my family later in the morning.  While in the shower, the piece was playing in my head, when suddenly I heard how this might progress.  Back to the guitar, I found that yes, this new idea was working.  With forty minutes to go before I had to leave, I stayed ahead of the "devil" snipping at my back and found an ending.  Everything was notated in time to leave our home and enjoy a great brunch and lots of laughs.

After dinner I then decided to work with learning this piece from the end. I've read a few different musicians thoughts on learning a piece this way, but since I am also 'composing' the works I play, I usually can not do this.  Looking at the score, I began to work backwards. Working in this way I trimmed some notes and tightened up the ending.  I had enough time to investigate a few more bars to see how the transition to the end worked.  I'm not happy with the transition, but now armed with an understanding of the energy of the ending of the piece, I have a better idea of what is needed in the transition.  Perhaps this will be revealed tomorrow.
Posted by Patrick Smith at 7:51 PM No comments: