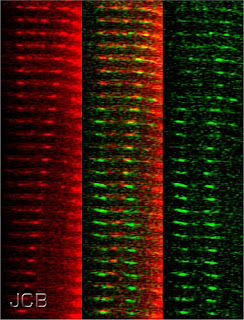 Awake at 4am, thinking of issues with a company I do business that were unresolved from yesterday. My body and mind beginning to resonate in a habitual pattern that is not healthy for me. I laid there for a bit focusing on my breath, hoping that I would return to sleep. Ten minutes later I rose from my bed and began with shaking Qi Gong. I needed to let go of these issues until later in the day at my office and more importantly I needed to find a better way to deal with these issues then, now, and always.
Twenty minutes of Qi Gong led into my sitting, which then led into an Alexander Technique lie down. Relaxed and in my body, I then chose to practice my guitar. Currently I am rising a bit early due to getting to bed earlier as a result of jet lag from our recent trip to Italy for the Guitar Craft Completion Course and the Orchestra of Crafty Guitarists III. Yesterday morning I practiced guitar before going to work and found this to be useful, providing a slight continuation of the course.  I also found it delightful to play in the morning, prior to the cares and concerns of my professional work taking root in my mind and body. Today with the professional concerns threatening to overtake my day before it even began, moving my focus to the guitar after my regular morning sitting routine extended and deepened my relaxation.
I began by focusing my attention on following my breath & sensing the movement of my rib cage. This instruction from AT Instructors Frank Sheldon and Sandra Bain Cushman has recently proven invaluable. A brief improvisation beginning on an out-breath allowed me to settle in to my practice. I am still experimenting with the strap placement on my Godin as I found out a bit of practical information about my previous experiments which could do damage to the neck of my guitar. I laughed at all the attention to necks these days. The guitar felt good on my body and I moved onto playing with Here We Are, paying more attention to the quality of my breath than to the notes. I moved onto playing Livin’ the Dream, again with the focus being my breath. I would stop when I noticed I had lost contact with the sensation of my rib cage in motion.
A break ensued with the guitar still on my body, while I was thinking of allowing my joints to open. With a focus on lengthening I brought my left hand to the guitar, followed by my right. David Jernigan, an AT teacher that I have been working with has disrupted my habit of bringing both hands to the guitar simultaneously as I way of looking at the use of my hands. This habit we are disrupting may be a good habit, but in isolating the movements I may find useful information. I began Livin’ the Dream again and then let go of the guitar. This time I brought the right hand to the instrument first followed by my left. Gently embracing the neck of the guitar with my left while the right moved to action.
Onto a quick review and play through of Matka Boska & Scattered Hearts, which I have not played in some time. I have been thinking of what material I have available for a possible set list for two upcoming house concerts with Bert Lams and Tom Griesgraber. Any set list I create should include these two pieces, hence the review. Checking the clock I saw it was time to prepare to leave for work. Smiling I wrote these reflections on this morning’s practice. Grateful that these subtle exercises to disrupt my habitual use of my body, are also interpenetrating my mind and emotions. So instead of succumbing to distress, I arrived at my office with the joy of music filling me. With my emotional habit disrupted by my musical practice, I found a lighter touch in dealing with the distributor issues. Patience guiding my words; finding the right tone of voice allowing harmony to resolve the dissonant chords previously played.
Posted by Patrick Smith at 4:56 PM 2 comments:

I had an interesting and gentle practice session tonight. Reviewed and worked within a potential structure for improvisation that is stretching me at the moment. Taking in and exploring the information slowly & quietly for 20 minutes then a break to review the possibilities on paper before moving back to more time on the guitar with this. I moved on to reviewing Gathered Hearts, Kinnara, and Dancin’ Free. As the session went on I was practicing quieter & quieter, playing delicately as the hour was late and I did not want to disturb my neighbors.
Towards the end I was working with playing, while standing and allowing myself to focus on lengthening. At one point I turned and I faced the shutters. I was backlit from the right & left and cast two shadows on the shutters. Always having been fascinated by shadows, I had Joann take a photo. The shadows were not captured.
Why? Was it the camera, the intensity of the shadows, or just shift in the shadows when the flash went off?  Does not matter really. A moment of “hey look” that I attempted to be captured did trigger thinking on my part. Where do shadows go? I know they exist, and their impression can linger after the image fades.
Initially light allows a shadow to emerge. Yet as the light develops what was a shadow during one breath has now shifted or receded. Does this cycle of illumination apply to our psyche also? Twists of character once hidden from us, revealed in the sunlight of the spirit, only to slip back into darkness again and again until one day we see them anew and call out for help to shine a greater light on our shadows. Then the increased focus allows the shadow to transform, leaving behind an image closer to reality, closer to love.
How can the shadows of my playing technique reveal the shadows of my psyche? Certainly a very good and long look at the role of fear in my playing and life has been revealed. Countless experiences of wonder, peace, & joy also. Actually the latter are probably more the norm in my day to day practice with fear arising in relation to performing, yet why is fear the first aspect to manifest in thinking of my practice? Why does the shadow of fear shade all the other manifestations in my musical pursuits?
I have been told that negativity is a form of slavery. This issue of fear clouding an otherwise wonderful & joyful musical life is a tremendous example of this. Night after night I practice my guitar, not out of fear but for the shear love of playing. The great majority of my nights I am enriched by my musical practice, which is why I continue. My life is so much better for the joy that music brings me, the transformation of grief, and the expressions of love that have been given to me. Add to this the enrichment of others, and the positive aspects are multiplied. Yet my first thought continues to dredge up fear.
Amazing as I have worked through performance issues and now I am comfortable performing music. Even look forward to opportunities these days. The role of fear in my guitar playing is minor these days. May I trust that fear’s role will continue to diminish, and may I shine an ever brighter light on the ongoing positive emotions and states which arise in me thanks to music.
May I find the way now to illuminate the path that offers freedom from negativity, one that allows the positive to shine properly. Perhaps it is this shadow that shelters the negative that now needs to be unearthed within me, to dwell in the light and wither away. The practice is available to transform this.  Am I?  I have faith that this is possible, and the knowledge that faith can move mountains, one shovelful at a time.
Posted by Patrick Smith at 1:16 AM No comments:

This Oblique Strategy presented itself to me this evening - "Trust in the you of now." With that even though the hour was late and I was tired I was off to the basement. Good practice session, begun with  four improvisations. The quality of these appeared to decline as I began thinking too much. Judging my playing is probably a better characterization of the decline.


There is that fine line of being honest and harsh that can dampen my pursuits at any given moment. Moved onto looking at some pieces, focusing on the Alexander Technique primary directions while playing. Was able to maintain a level of relaxation that was useful and most likely propelled me for a longer session than my tired body would have allowed otherwise.
Posted by Patrick Smith at 8:27 PM No comments:

I am in the process of completing Dr. Faustus by Thomas Mann and found this gem in one of the final chapters :

... that tone which vibrates in the silence, which is no longer there, to which only the spirit  hearkens, and which was the voice of mourning, is no more. It changes its meaning; it abides as a light in the night ...

What a lovely aspiration - to vibrate the silence.

Last night I wanted to explore this notion in my guitar practice. On some level this is the aim for my playing. I did see that I can not think myself into this, nor feel my way in. I definitely can not will my self to this place;  I just need to be. So elusive, very very elusive. Can this vibrating the silence be practiced?  Perhaps, to date my experience suggests this is a space arrived at through attention to the present moment.

While doing my Qi Gong practice this morning I saw there are other ways to vibrate the silence. May the aspiration continue to assist the search.
Posted by Patrick Smith at 7:06 PM 2 comments:

the most haunting notes are singular, steeped in silence;*

the most haunting words are soft, tempered with being;

the most haunting looks are tender, broiled in love;

the most haunting feelings are wonder and mystery, faith and longing, nurtured by Our Beloved.


* This line used with permission from Erin Wigger in her post Composer.
Posted by Patrick Smith at 5:36 PM No comments: