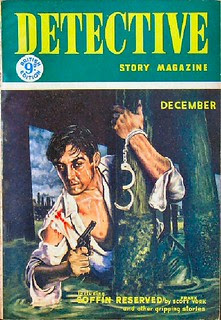 I'm a liar.  No harsh judgement with this statement, just part of my condition.  Grateful that it is not a major aspect of my being, and not at the level it once was, but the truth of the matter is I am a liar.  And those lies I tell myself are those that are most severe, if for no other reason than I believe them on some level.  Tonight at my AT class with David Jernigan, on of my lies was exposed.

David had been working with us and I was in a state where I was free in my body and mind was thinking constructively.  Alive to what I was doing and how I was doing it.  David invited me to get out my guitar while he was working with another student at the piano.  I'm still integrating the revelation I received from Bill Conable two weeks ago regarding the use of my right arm & hand.

David questioned me at to why I did something in a particular way. I responded that I was bring the guitar to the body, not bringing my body to the guitar which is a very valuable principle taught to me in Guitar Craft. As I began to bring my right hand back to the guitar, my old habit asserted itself and there I was telescoping my right arm to bring my hand into position.  I showed this to them and marveled at how easily this habit came out, after I have been so careful recently.

I then demonstrated the usefulness of my "old way" of using my arm and hand because I can get greater volume and hence have a broader range of dynamics available.  And then quite by accident I discovered that the difference in maximum volume I could attain in either position was negligible.  How or why I never discovered this early escapes me.  Perhaps when I was using my right hand in a position that I knew was better for my long term health, I did not want to find out how much power was available to me.  Then I would not need to do the work of letting go of the habit and cultivating the awareness and diligence to undertake this. Who knows.  But I did fit the information to support my habitual use.  In other words I lied to myself.  Years have been lost where this had not needed to be so and the recent suffering from tennis elbow may never have manifested.

Of course when I took out my guitar at home and went to investigate this further, at first I could not or perhaps would not attain the greater volume.  Persistence of habits is so strong and even terrifying.  I also know that a practice based on principle and intention can allow habits to be transformed.  C'est la vie.  Now my lie has been exposed to me and to you.  What's next?
Posted by Patrick Smith at 7:20 PM