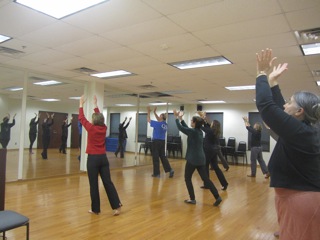 My wife & I will be offering the Daoist 12 Postures for the first time in a class offered by the Takoma Park Recreation Department.  While Qi Gong is great for musicians, the benefits of stimulating our energy flow is great for all.  We’ve had students from the age of 15 to 78.  Join us.
Posted by Patrick Smith at 4:37 PM