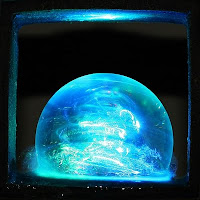 Startled awake at an ungodly hour today with a phone call from work regarding an urgent issue. Nearly thirteen hours later I arrived back home, tired to say the least.

Shower, snack, and some relaxing led up to guitar time. Decided to be easy on my self. Work at known areas of pieces that need improving for the recording project and to not plan to take on new challenges. Perhaps this notion borne from exhaustion is a pearl of wisdom to be examined more often.

I recall from Madeline Bruser's The Art of Practicing: A Guide to Making Music from the Heart

Moved on to "the bridge" from last evenings practice. I felt it deserved to be played with to respect where this took me last night. My practice could have come to a halt, energy lost, but instead I was able to complete my efforts. I have been listening to rough takes of this piece and the others I am working on in the car during my commutes. This is paying off by getting the pieces in my ear and allowing me to hear where some parts need fleshing out or trimming.

Tonight while slowly working on the second section the notes opened up for me in a new way and what I already felt was good became better. Now I can transition to the next section in a musical way. I incorporated an idea I have heard in my mind. This has not worked in past attempts, but tonight I heard what followed in a different way and changed this section drastically. The idea was weak and needed firming. I recorded a rough take and will listen in the morning.

After a peek at the full moon I am going to play through two other pieces and then sacrifice myself to the gods of sleep.

Email ThisBlogThis!Share to TwitterShare to FacebookShare to Pinterest
Labels: guitar, practice, The Bridge