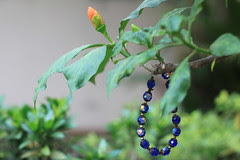 In between walking in the surf, dancing in the waves, and generally relaxing, I have continued working with Danse Vivante today.  Slowly, the piece is coming alive.  A gentle undulating quality pervades what I have so far.  Reminiscent of the womb that inspired these notes; today the piece was also being softly embraced by the ocean waves.

After exploring the notes this morning, I celebrated the Solstice, jumping through the waves of the Atlantic Ocean.  After lunch, I wrote in my journal and then took a walk in the surf.  While walking I began auralizing what I had of Danse Vivante so far.  Then I heard where the notes wanted to flow.  Auralizing from the beginning a few more times, I was drawn to where I was hearing the Danse leading me.

Back home and showered I began to play what I had heard on the beach.  Taping this new development, I then continued to explore.  Soon, the Danse felt as if complete.  One more taping and then a nap.  This evening while perusing music blogs I came upon this description of an album by Mark Kozelek  "shy guitars that played chords as if they were reciting rosaries."  Smiling as I resonated with this sentiment as to how the Danse Vivante is to be played.
Posted by Patrick Smith at 7:25 PM

Email ThisBlogThis!Share to TwitterShare to FacebookShare to Pinterest
Labels: composition