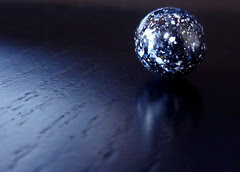 Last night I aborted a short, late, and tired session.  My entire day I was "cruising in overdrive."  Neither my body, mind, nor spirit had anything left to give, so rather than discourage myself I let go.  Tonight I was able to begin earlier in the evening, after resting from work. After my AT lie down. For some reason I took my trusty old Ovation 1867 out of the case.  Though I'm not sure when I last played her, she was really close to being in tune.

Smiling as I noticed the stickers my granddaughter had placed on her, I played through Gathered Hearts.  This piece began while we were playing around with the Ovation.  The stickers always remind me not to take myself too seriously.  Then I played Kinnara.  The thought to begin an improvisation with long tones arose and I did.  Almost instantly I realized part of why I like to begin with long tones is that I can just listen as they unfold and follow where this leads me.  I played through four more improvisations all around the 2 minute mark, all satisfying in the moment.  I don't know if it was the long tones getting my listening in gear or the reminder of the stickers to drop the seriousness that made this relaxed and fun.


After a break and a lie down I returned to the guitar.  The Breedlove this time.  The tone so lovely and so much more responsive.  Setting the mood with Here We Are, I turned my attention to improvisation.  The first one was  with fourth chords and I played with a confidence that shows me the work done here is paying off.  Onto exploring dyads and then long tones.  The thought to play what FEAr might sound like had me beginning with an Fm7 chord and moving to Em and Am before it took on it's own life. I noticed I was using myself poorly in this improv and directed my thinking while playing looking to allow release.  For the final improvisation I began with wide intervals.  Again I found myself collapsing on the guitar and again directed my thinking to lengthen and widen while continuing to play.   A good nights work completed.

Posted by Patrick Smith at 6:50 PM