One That Almost Got Away 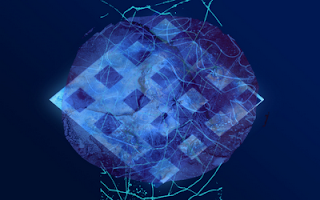 Another tired Friday evening.  I was trying to convince myself to take the night off.  One good decision I made was to at least begin with my AT lie down.  Once the energy began to flow, I reasoned I might as well play a few pieces.  I could take the night off from my improvisation exploration, just have a little fun with music.  Let the strings sooth my soul.

I placed the partial capo in the second position ready to play Gathered Hearts, and instead I began to improvise.  Gently probing, listening, and my thinking turned again to Eno.  A dyad caught my ear, followed by an arpeggio and we drifted along.  As one fragment followed another, I arrived at an ending.  No tape was rolling, so I began again.  My SD card is full and I did not want the distraction of making room, so I kept playing.  Eventually I decided to notate the beginning.

While doing this I turned on 77 Million Paintings, writing, playing ideas on the guitar, watching the images unfold.  The musical fragments grew and while the sense of the 'piece' remained, I took more chances.  As I did this, my legs began tensing and I found I had lost all sense of myself.  Pausing to direct my thinking with AT, I returned to the images onscreen and to the images being drawn by the notes.  The primary ideas are on paper and I trust the spirit of the piece is in me and will return. I'll resist pushing hard and prepare myself for another day.

Screenshot from  77 Million Paintings.
Posted by Patrick Smith at 7:20 PM