The Stupidest Fear Yet 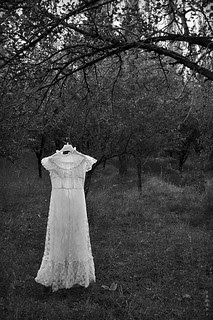 Last night I was looking at relationships between three scales.  I found this particular theory years ago in a back by Walter Mathieu called Harmonic Experience: Tonal Harmony from Its Natural Origins to Its Modern Expression

. Periodically I look at work again, but am usually overwhelmed.  Last night I saw a bit of hope in moving forward with this if only a tiny bit.  Most of my musical progress comes from small but persistent efforts.

Tonight I decided to play with these ideas and something began to take off.  I was making notes on this, with my guitar on, seated by my desk.  A recipe for what the Alexander Technique calls poor use.   I loose awareness of myself, and twist & torque my body.  But the notes were made on what I had so far.  I decided to do a lie down and was grateful as my back touched the floor.  The tension generated by tiredness and poor use had me.  As this released I began audiating what I had so far, I heard something exciting happening.  Then this stupid little fear whispered - but you'll never be able to play that.

I could not believe it.  And I also chose not to listen to the fear.  I returned to playing & exploring.  Willing to allow the muse to speak and to do what is necessary to allow her to be heard.  Ive had a lot of dealings with fear over the years, but this was a new one.
Posted by Patrick Smith at 7:31 PM