Long Notes on the Longest Night 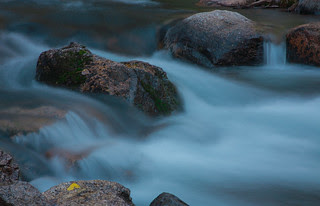 Reflecting on how to begin my practice tonight on the longest night of the year the thought "play long notes arrived."  Clever perhaps, but I saw the opportunity to work with my use by keeping what I was to play simple.  I had 20 minutes to practice before heading out with my wife, and this seemed to be efficient.

I began with the AT directions I was working with last night, Freedom & Curiosity.  As I played with applying this to long notes, a simple joy arose.  Just listening, inviting random long notes, & playing with vibrato as I kept the directions alive.  Especially allowing the full length of my arms to just be.

After ten minutes or so, I decided to play a piece, the one that arose when my brother passed away this summer, Forget-Me-Knot.  I noticed the longing to connect with him arise in my heart.  Another aspect of 'long notes' I had never considered.  As I began to play, my mind began to wander.  Once again the ability to "just play' was escaping me.  Then the direction arrived " I am not just playing."

I held this thought, noticing how the mind was stumped and settling.  At one point I began to play the piece again, with a new freedom and presence.  Towards the end this wavered.  C'est la vie. In searching for the photo for this blog, the term long exposure was used in the photo's title.  Yes I also need a long exposure to working in this way.  Time to slip in a few more minutes of playing before retiring.
Posted by Patrick Smith at 7:52 PM