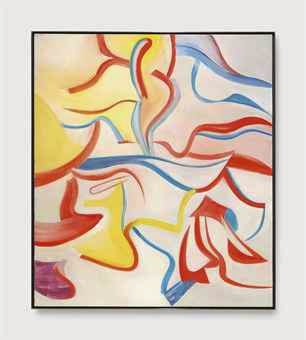 It's all very puzzling, but I am not a puzzle.  Willem de Kooning

Last night I had the opportunity to play music in a very beautiful and inspiring setting.  In the home of my friend Annie.  The setting was music, dinner, and a talk by a Tibetan Buddhist Teacher.  I'm always inspired in this lovely home, with walls adorned with contemporary art, open spaces, and just an overall loving feel.

In the afternoon while still in my home, an idea arose as I was playing.  I toyed with this a bit, jotted down some notes, and then it was time to pack up and head out.  While warming up later, in the living room of my friend, another idea arrived.  I felt this was related to the first idea but had no time to explore.   Today I returned to the first idea and liked what I heard.  Unsure of how to proceed I took a break.

My thoughts wandered to last night.  I remembered a book I have of the late paintings of Willem de Kooning.  Years ago these paintings inspired some very interesting ideas, while I was working with solo guitar and effects.  I found this book in a shop, sometime after seeing these works in the East Building of The National Gallery of Art in Washington, DC.  Beautiful freely flowing lines which I lack the words to describe, yet they somehow spoke to me of a similar energy in my friend.  Suddenly I remembered the second idea that had arrived at the gig.  At the same time the working title arrived, True Blue Lake, which captures a good sense of Annie - deep, reflective, and beautiful.

There is a relationship between the two ideas and while I developed the each a bit more, I currently lack the connection between the two main parts.  I did find a way in the development of the second part to transition to another place that works back on itself and connects with the opening idea.  Dare I say publicly, that I'll complete this piece?

A part of me was afraid to say I was undertaking this.  So be it.  All fear ever does is hold one back.

Photograph on UNTITLED XVII, 1984 by Christie's.
Posted by Patrick Smith at 7:09 PM