Learning What it Takes 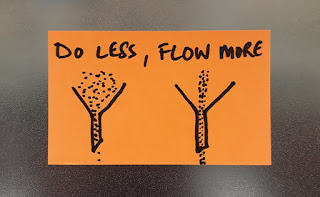 During yesterday’s session, the work I did with Taking Flight and When Am I? was not worth saving. I was fine with this, also a bit disheartened. Today I decided to begin with recording Exiled. After an hour I let go, deleted the file. Noticing it was almost 10 am I decided to join the Alexander Technique Cycle Practice group on Zoom led by a group of AT teachers.

At the end of the practice I left the group as I wanted to work from the state that had been induced by Susan Allen’s directions. Body and Mind were quiet. I pressed record and took my place in front of the microphone. I decided to record an old piece of mine - Gathered Hearts. I have performed this piece for over a decade and can play it effortlessly. This ease is what is missing in my current recording efforts. Gathered Hearts was beautiful and from this space I moved to recording Taking Flight.

This was beautiful. A take that if I had the proper set up going would be a possible release. I did skip over two bars, which required me to skip another two bars. Still the ease remained. I stopped recording and saved the recording. Opening a new file I moved onto When Am I? After two takes I knew that some minor edits could probably yield a piece. If I was actually recording with Tony Geballe to release these works another take would have been in order. But I wanted to savor, explore and use the space I was in.

Without stopping the recording I began Exiled. A rough start. I paused and then began again. More mistakes. Another pause. I played the opening theme of The Call. Paused and began Exiled. A good take ensued, followed by another. Tired and my attention drifting I decided to call it a morning. I went to end this recording and noticed I had not armed the microphone so nothing was captured. C’es la vie.  What’s is important is what I experienced and learned. Fostering and nourishing that energy once I’m in a good state is vital to the success of this project. Vital to the success of life too!

Posted by Patrick Smith at 6:13 PM