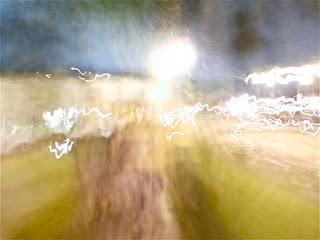 Awake at 5:10 am today.  Not an uncommon hour to me, I was rested and ready to begin my day.  The vestiges from a difficult emotional afternoon yesterday still resounding beneath the surface. After journaling, I began my meditation, but quickly realized I had a physical component that needed to be discharged or transformed.  I was waiting to do Qi Gong in case my wife awakened, but I knew I needed what this practice provides.  After 15 minutes of Qi Gong, I began my meditation again, eventually letting go of the negativity built up by my habit energies and finding peace and joy.

After a long professional day, I arrived home tired.  The week was done and after dinner and resting I would turn to my guitar.  But I found the tiredness was deeper than I realized and the desire to play was difficult to muster.  Yet I also knew I needed to play; to feel the vibrations; to listen to the notes.  Besides this coming Sunday I am to play a piece for an Evening of Remembrance with the Washington Mindfulness Community, and I have not decided what I'll play.

To the basement telling myself I only needed to play through the three pieces I am considering and perhaps determine which I'll play.  After playing one piece, I began improvising with an idea that surfaced last night. The spark was there and I began to follow.  My body and my spirits revived as music whispered as.  Finding two stretches for my left hand to be difficult as I was not warmed up, I paused and directed via AT.  Finding my shoulders and my back, releasing my neck and simply breathing with the memory of what I had played.  Proceeding slowly in this manner, holding the energy of excitement with what I was playing and inhibiting the desire to end gain by pushing my left hand.  Wondering what this piece was about - someone from my past?  A sense of loss was present in the notes.  Playing and pausing; breathing and inhibiting, I noticed I was coming alive again.  I sensed that perhaps what was coming out was related to my lost youth. The young man who wanted to play music but became lost and dispersed.

Should I notate, record or do a lie down I found myself thinking.  Then I moved to the floor, my body grateful for the rest.  Enjoying the release that the lie down offers, I knew could go to bed right then and there if I allowed myself.  I also knew that music was courting me, and if I took care of myself when I returned to the guitar something might arrive.

Noticing how beautiful my guitar as I paused before picking her up.  Gently playing the introduction, and venturing forth,  I found a loud chord resounding beneath my fingers.  Following with my heart and ears a beautiful section arrived.  Taking in the room, smiling to days gone by, I continued to explore and to pause and come back home.  Trusting that the music is in my ear enough to return to tomorrow, I decided to tend to the blog. My perceptions of events skews easily as time passes.  Happy that I picked up my guitar and made myself available.  Now it is time to rest.