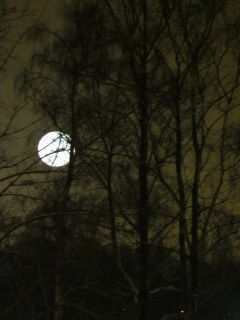 At the end of my Qi Gong session this morning, I noticed stiffness in my lower back.  Instead of my usual morning sitting, I decided that an AT lie down might serve me better.  During the lie down, I contemplated my body, giving the AT directions and hoping the stiffness would release. When I rose from the floor the stiffness was still present.

After dinner and rest, I moved to the basement.  Beginning with an AT lie down, I recalled last week when I choose to not move to the guitar immediately after the lie down.  I thought it might be good to disrupt this habit again.  Then a thought arose of where to take the musical idea I was working with last evening.  Ah, the ever shifting mind, generating excuses - real and imagined.  After completing the lie down, I choose to run through some Qi Gong forms.  Something about the symmetry of lie down to Qi Gong in the morning, coupled with the reverse in the evening seemed right.  A few minutes later, I put on my guitar.

Improvising with the idea, I enjoyed the exploration.  Nothing definitive arrived, but the musical landscape was broadened.  As I thought of my friend, Mal, a haiku began to form.  I took a break to play with this and then returned to the guitar.  Enjoying the freedom to move between and explore, music, movement, and words.  Gently untangling the stories I tell myself, the habits that for better or worse serve me, and the possibilities of my life.  May their energy serve the Creative.

To exist is a habit I do not despair of acquiring. - E. M. Cioran

Posted by Patrick Smith at 7:22 PM