How Do You Find Those First Notes? 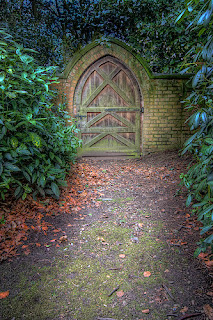 It was an F#, the first note that I played this year.  That one was easy, I wanted the choice to be intentional and mindful.  In the days since, I've been playing with the two Movements I described yesterday from Sid Smith's String Quartet Collaboration.  The first note of the IV Movement is also a F#.  Yes there is a relationship to the note I chose on January 1st, something about the low F# had me that day and led to the introduction for that movement.

Now I'm looking for the first note(s) of the III Movement.  Thought I had something but then I let that idea go.  Found another approach tonight, but not enough has developed yet to know for sure.  I've been watching this search, the endless possibilities of six strings with 21 notes on each one. Add in that the first notes could be dyads or triads or any combination up to a 6 note chord for a beginning.  And no matter how much I might care for that first note(s), I have to have a second one and third one. No wonder this can seem so daunting at times.

I recall the blog from Seth Godin yesterday titled But What if I Fail?  Seth points out that you will fail and that what is important is what you do next.  Make good choices, fail, and be closer to success.  Works in business and composition.  Resilience serves me well here as does curiosity. Finding the limits that frame an introduction, that frame a piece, and then discarding them if needed. How do you find those first notes?

Posted by Patrick Smith at 6:33 PM