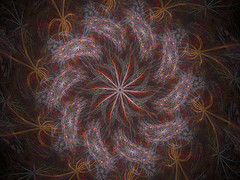 Often I begin my time with my guitar by playing the first piece of music that ever came to me - A Journeyman's Way Home. I had been challenged to perform at each meal of a particular Guitar Craft Course in March of 1989. I could not play guitar at this time and thinking of my favorite person in the world then and now, Joann,  a simple beautiful piece emerged. This morning I was reading Pedro De Alcantara's excellent Indirect Procedures: A Musician's Guide to the Alexander Technique

and he mentions that Pablo Casals would begin his practice sessions by playing Bach as this "sanctified the house."

A wonderfully appealing notion that fits and supports my own practice. So today I played Journeyman's as a beginning; recalling and reclaiming the innocence, enthusiasm, and wonder of that first magical moment when music whispered in my ear. From this space, I moved to playing with a scale - C hijaz. I made this musical, not just a mechanical training of my fingers. I was also using a plectrum from having played Journeyman's and was delighted to what is available to me with this right hand method that I rarely employ anymore. I switched to a finger style exploration of the scale and noted the differences in timbre, speed, and accuracy. Drawing from my recent Alexander Technique lesson I allowed space beneath my arm pits.

I have come to this area of my use frequently since my last session with David. To one that is not versed in AT this may seem trivial and unrelated to guitar playing. Yet allowing awareness to this space around my arms in general has offered me freedom lately. I moved onto working with the harmonics in Dandelion Wish using an exercise I garnered from Pedro's Indirect Procedures. Recently I have applied this particular exercise to Matka Boska and  Stepping Stones and am finding it t be very useful.

The exercise is to introduce a rest on the second beat of a measure. Then play the rest of the measure and the first beat of the following measure. Continue through the section you are working with or an entire piece in this manner. I have found this to be challenging and fruitful. I have to really know the piece to keep introducing these rests and in doing so I find my awareness of what I am doing in the moment deepening. The rest also disrupts what habits I have built into my execution of the music and allows for a moment to direct my use.

Working with Dandelion Wish in this manner was not only fun but freeing. With the exception of the added rest, I worked to play the rest of the phrase in tempo and an intensity consistent with which how I would perform the piece. Thus working with my use in a musical manner. The results as with my work on Matka and  Stepping Stones has been worthwhile.

So back to practice, then to rest. I am still recovering from my second procedure this time on my right leg for varicose veins.

From this space I returned to working with Dandelion and played around with the use of my hands as I approach the guitar and also with the rhythm & phrasing of this section. Progress continues. I moved onto look at Broken Wing the new piece emerging in memory of my dear friend Jay Bott. From this space of fun and exploration I played with the beginning of the piece and am allowing the piece to grow and flow. His Memorial Service is later today, so now I must introduce a rest for myself and let go of practice so that I can attend to this properly. As I shared last night - Enjoy what you are doing right now. This moment is all that matters, ever.
Posted by Patrick Smith at 7:50 AM