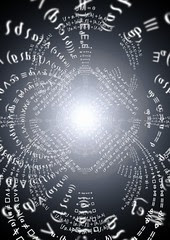 During my commute this morning, I focused on listening to the two takes of Becoming that I recorded last night. I quickly settled on the second one as having the juice of the revision. I listened to this twice, and then drove in silence taking the piece in. On the next listening, I decided that this revision definitely has merit. On my final listen, I was happy with the two new high energy sections that revealed themselves last night, but unsure how the piece will work.


My evening commute found me again listening to Becoming. The piece has an opening theme which is slow and then begins to rock out a bit. The first new section continues this energy, but then the piece slowed down in the original conception. The more I listened, I became convinced that I needed to find a way to keep the energy of the piece high, if I wanted to effectively incorporate the second new section. I let the piece play in my head and then heard a potential solution.

As I was ready to begin my practice the phrase "Conserve the Energy" came to mind as to the task before me. In this spirit I began my practice with an Alexander Technique lie down. During the lie down I decided that before I began working with Becoming, I must address the other three pieces which are candidates for being performed next week. I had not played Stepping Stones in over two weeks and this is a definite for the set. So I began with SS and played it twice. Some work on the chord sequence which is still troubling me with Broken Wing was fruitful as revealed in my play through of it. Then I moved onto Becoming.

I played with the notion that came to me during the drive home, but could not find a way to make it work. Returning to what I knew of the piece, I found that I was now confused. The rhythms were muddled and the melodies lost. Rather than push on I decided to 'Conserve the Energy" and introduced another AT lie down. I was going to listen to last nights take, but I was on the floor with my books supporting my neck and decided to stay put.

When I returned to my guitar, I worked on Beneath Dark Images for a while. I began to play  Becoming and it came alive as a piece of music once more. I worked out the phrasing for the new parts and recorded them. I'll be listening to this on my commute tomorrow, trusting that the potential energy of Becoming will come forth.
Posted by Patrick Smith at 7:44 PM