Releasing, Always Releasing; When I Remember 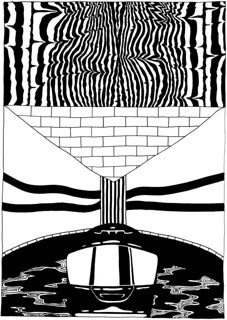 Release.  Release. And then release some more.  Entrenched habits release slowly over time. The past week has been fruitful in my Alexander work related to my tennis elbow. As time permits I will firm up my notes on the work I have been doing with this.

Tonight I returned to reviewing the various posts in this blog referencing my application of the Alexander Technique.  More than one person has told me that there may be a book in here.  Time to find out if this is true.  After 40 minutes or so at my desk, I stood and knew that I must do a lie down.  Smiling at the appropriateness of this noticing, I hit the floor and let my back and spine release.  No matter how many times I partake of the lie down (also known as constructive rest), I still marvel at the affect this has on my body and mind when I am done.

While practicing the guitar tonight I paid particular attention to directing my neck to be free and my arms longs.  After my initial improvisations I played through a piece much louder than I normally would to hear what this might sound like and to also develop that as a latent ability.  Then  I played this same piece through again at normal volume paying attention to the emotional quality of the piece.

I moved on to a technically challenging piece that is currently challenging my stamina to get through the piece.  As I was playing through this I noticed myself tensing as the last section arrived.  Part of me wanted to keep going and sacrifice my use to end gaining once again.  Instead  I paused for 8 beats.  With my hands still on the guitar I just took a moment for constructive thinking.  When I had released the unnecessary tension I resumed playing through to the end.  Instead of "toughing it out," making mistakes and possibly aggravating my elbow, I took care of myself.

After this I took a break to practice Qi Gong for 10 minutes.  With the energy flowing, I returned to the guitar and this particular piece again.  At the same tempo my playing was even throughout the piece and I was able to release energy into the notes, not just hold on until the end. I noticed as I frequently do in my morning practice, how the Qi Gong allows my spine to release out of my pelvis. That as my energy flows, I become centered and connected.  But this release takes effort on my part - to do the Qi Gong exercises or to direct my thinking in AT.  Always back to releasing.  And now I release this post into the world.

What do you need to release.
Posted by Patrick Smith at 7:40 PM