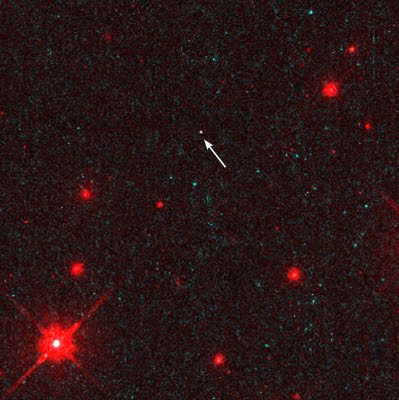 Space the final frontier. These are the voyages of ... Only kidding.

Began my practice with an Alexander Technique lie down for 15 minutes. I am very tired today. Difficult nights sleeping Thursday after the open mic and then again on Friday night due to noisy neighbors. Decided with Joann this morning to have a gentle day, one where I can consolidate. During the lie down I thought of beginning my practice session with my variation of the Berio exercise of playing the same note 11 different ways. There is something about working at playing the variation on the method of attack, etc 11 times that I enjoy and find that this focuses my listening efficiently.

Usually when I do this exercise I allow my fingers to choose a note and go from there. But while on the floor G# came to mind. Toyed with should this be a low or high G# and then leaned towards one on the middle register. That is until I though of a Morton Feldman interview where he said " there is a lot of space within the interval of a second." I decided to explore playing the same interval 11 different ways, 11 times each. This really became fun for me when one of the ways I choose was to slide into FG# in the 13th position from EbF in the 11th position and then hammering on the F on the second string. Subsequent variations took on a playful look at ways to play this interval with the notes being played different number of times, etc.

The other though that Feldman's quote triggered in me is that there is a lot of space between the vertebra of my spine. How to keep these free and open while playing? As I took my seat with my guitar I slowly scanned my body, making sure all joints we as open as possible, spine erect, generally relaxed. Then after the warm up exercise I removed the guitar and checked in with my body again. Was I still loose in my joints, feet on the floor, aware of my head and neck?

Onto a look at The Etude. Slow and gentle playing of the theme and variations I have so far. Additional variations being greeted with verbal exclamations of wonderful or beautiful or interesting. These additional variations have not been written on the page by Tony Geballe but are a result of moments of inattention. I first encountered "praising mistakes' in the book Effortless Mastery by pianist Kenny Werner. I still find this somewhat 'hokey' when I do it, yet when I do praise mistakes I do not fall into a habitual spiral of negative judgements that lead to tension and feeds voraciously on itself.

A gentle play through of "Prayer From a Small Room" which I am relearning.

Time to return to practice.`

Another body scan as I prepared to play, a bit rushed this time as I was excited where this was heading. Returned to playing through "Prayer," this time as I began to play I thought of paying attention to the space between the notes. This is a slow piece with enough space between notes that does indeed need to be played. Interesting how the notion of 'space' has emerged today. Two more takes of this piece and I was satisfied that thanks to muscle memory I am well on the way to knowing it again.

I briefly removed the guitar and stretched for the floor, releasing the weight of my head from my neck. Felt a release in the upper section of my spine. Back to the stool for a slow take of Dancin' Free. I have been focusing on a couple transitions in this piece and when I do play the entire piece I do so at the tempo I have been practicing the changes. This take revealed that I can now play the piece at this slow tempo and can take it up a notch.

I removed the guitar and did some Qi Gong exercises and again stretched to the floor. Back feeling relaxed. Sat down and did a body scan. As I moved my hands to the guitar I became aware of the 'space' between the fingers of my hands. Amazing how this concept is overtaking me today. Looked up at a hanging on the wall and I remembered a great man, Scott Buckner, that I used to share space with 20 years ago. I must find him. Dancin' Free was played as freely as I have ever played it.

I moved on to look at "When Love is Taken," feels like the piece is finished now I need to learn to play it.

Put my guitar away and am ready for a refreshing walk along Sligo Creek.
Posted by Patrick Smith at 8:04 AM