Begin With the End in Mind 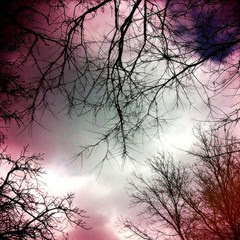 As I notated the new piece last night, more of the music revealed itself to me.  At one point a really rocking part developed, and I was pumped.  Staying with the playing and notating I even found an ending.  Whenever I notate with the guitar close by & usually in hand, I use myself poorly.  By the end of the evening which was nearly 3 hours after I began, my shoulders were a bit strained and my back tired. Thus I completed my practice with another AT lie down.

When I rose from the floor, even though it was late, I knew that some practical work around the house would help me to settle.  The guest bad was made and the floor vacuumed. Two less distractions when my practice resumes tomorrow.

But before my personal practice could resume today, I spent the afternoon with the members of the DC Guitar Circle. Felt good to circulate again, and also we explored the modes based on 'A' and an interesting rhythmic exercise.  I found the opportunities to give myself the AT directions.  During one moment of confusion, the simple thought of releasing my neck, also allowed me to see where I was not comprehending the instructions of what we were working with.

After working withe the modes based on 'A' on one string, we began circulating in the various modes.  As we switched to a different mode, I found it interesting to hear the subtle, but distinct differences.  After circulating in A Lochrian, an improvisation broke out, which had more a major feel to it, illustrating the difficulty of this particular mode so wanting to move to the major.

I began working with the tremolo piece from last night.  Beginning from the end of the piece, as an experiment to check out a different way of learning a piece I read about on Erica Sipes blog.  This also reminds me of Stephan Covey's begin with the end in mind, which has guided me through many a professional and musical process.  I began just learning the bass notes, and as I added in the tremolo, I used my pic as a way to save wear & tear on my right hand nails.   After 25 minutes of this I did an AT lie down.  Refreshed  I began again.

Some of the left hand fingerings are tricky, so when I would introduce a new one, I incorporated the AT practice of inhibition a few times.  This involves not-doing what I have told myself I am going to do.  In this way I sometimes notice unnecessary tension, and can release this.  While practicing inhibition tonight I also became aware of the space supporting first my right arm, and then my left arm.  From here I took in the space of the room around me.  Such a simple perceptual shift, that supported my playing.  I practiced in this way for another 30 minutes, when I did another lie down and then wrote.

Shall I push to take in the entire piece tonight or just practice for another 15 minutes or so?  When I put my guitar on, I really felt my tiredness.   Again noticing the space supporting my arms, and all of me, I began to play.  Deciding that the prudent course would be to consolidate what I had been learning, I reviewed the sections I had learned so far and then completed my practice.
Posted by Patrick Smith at 7:45 PM