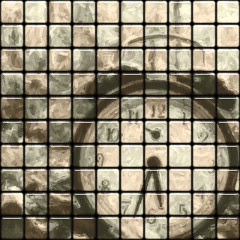 An interesting Alexander Technique session with David Jernigan tonight. As he worked with me, he came out with the notion of my releasing hand and holding hand. I did not understand this at first, until he explained that my right hand releases the string,  and was thus my releasing hand.  What David had noticed was that my left hand, the one that "holds" the note, had a tendency, perhaps even a habit, of assuming a position.  This is in contrast to my right hand which tends to just be a hand.  But this holding of the left hand in a "position" even when the hand is not doing anything was what he was working to release.

As we worked with this release, I could sense the freedom that came from this letting go of the position.  From years of focused work with my right hand, I find it easier to come into a relationship with this hand.  As we worked tonight, I saw that I was developing a new relationship with my left hand.  A basic Guitar Craft principle is for the left hand to release the finger(s) from the string, rather then take them from the string. I have worked with this concept extensively, yet there appears to be a greater release that is available to me.
Posted by Patrick Smith at 7:16 PM