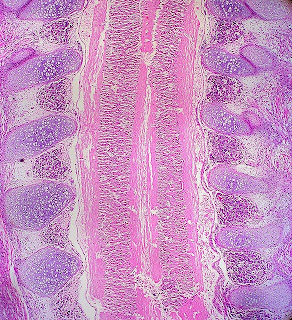 This afternoon I was researching and expanding upon some of my previous writings on  the Alexander Technique on Negative Directions.  As I moved to practice guitar, I decided a lie down was in order.  Settling into the floor and thinking about my body, I decided to use I am not doing a lie down.  A twist on directing that I have not played with previously.  Holding this thought a bit,  I then moved to I am not lengthening my arms, not widening my back and not releasing my pelvis.  Going through my body but directing to not release.  My mind quickly quieted with this experiment.  I wondered if I'd notice anything different.  The area of my back behind the chest which usually releases a bit during a lie down did not have the sudden release I've become accustomed to of late.  Not sure why this did not happen, but I did notice.

Continuing with the experiment as I went to get off the floor I directed  I am not getting up.  Which led to I am not walking to my guitar and I am not opening my case.  My awareness spread as I was not opening my guitar case.  Nor was I standing and playing notes as I was not standing on the Earth.  Neither was I recording my practice and I was not afraid of misplaying a particular part.  Shortly after this I noticed I was tightening my jaw as another difficult section was coming.  I paused and directed I am not holding my jaw when I play.  I noticed this jaw tightening two other times during my session.  Now I wonder how much this may be part of my playing and will look for this in the coming days.

While practicing Qi Gong during a break from playing I directed I am not holding onto my energy.  As I returned to the guitar I laughed as I began thinking I do not know how to play!  The freedom in my use generated by these experiments with negative directions today was palpable.  What causes this quieting of the mind and an introduction of ease in my body continues to mystify and intrigue me.

Photo by Ed Utham
Posted by Patrick Smith at 6:43 PM