Sounds of a Day 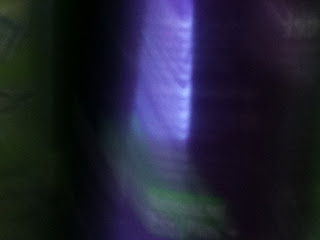 My day began gently enough, with Qi Gong and my sitting.  The morning was still cool enough that the windows were closed, but I could hear faint sounds of the birds awakening as I sat.  My sitting was distracted to a degree, but I persevered until the end.  The drive to work was uneventful, as I enjoyed listening to some new pieces by my friend Jim Landry.

Thursdays are always demanding professional days for me and today was no different.  The usual sounds of a professional kitchen at work, provide a sonic annoyance on most days and the cumulative effect of this on me seems to be taking a toll.  Today a repair being made to an area of the kitchen, conjured up the delightful sounds of hammering, busting pieces of wall, and the occasional sawing of metal.  Most of these sounds were generated during the time when the kitchen is relatively quiet.  By the end of the day I was beat, and my ears needed a break.

At home I read a bit and then napped.  Dinner in the backyard with the sounds of the breeze followed by 40 minutes of reading to complete Ilium

.  What a story!  I was about to move to the basement to practice when I noticed the tightness in my body.  The sun was still up and I knew our local cherry blossoms around the corner were still blooming so out the door.  Immediately I smiled as the birds welcomed me in full force with their evening song.  As I walked through the cherry blossoms, the birds serenading me, welcoming me back to life.  Some of the delicate blossoms have begun to fall from the trees, leaving a pink and white carpet on the roadway and lawns which reminds me of snow.


I paused to look and listen, meditating on the birds.  Then I noticed that my body was letting go, as if my neck was releasing and my spine lengthening, during AT work.  But I was not giving myself the directions, just standing.  This moment was almost as if the Alexander Technique was doing me, except that the body's releasing was then guiding my thinking.  I've noticed similar moments in between Qi Gong exercises or sometimes when standing, but never quit like this one. Marveling at the sensations, I began to slowly walk back up the street and through the trees a second time.  I began thinking how I much prefer the sounds of bird to the sounds of the kitchen and wondered about the difference.  Certainly I am not alone in this preference, but why are some sounds refreshing and healing, while others are alarming?  Intensity, timbre, and rhythm have their role, as does intention I suppose.  Feeling relaxed I walked a bit further and returned home.

Part of me was ready to play guitar, yet I knew I still would benefit from a lie down before playing.  I also wanted to begin playing soon so that I might get to bed sooner.  Recognizing this as a subtle form of end-gaining, I took my books and found the floor for a lie down.  I noticed the sound of my breath exhaling through my nostrils.  Why was this so loud right now?  Perhaps my heart rate was up from the walk still.  Slowly my back relaxed into the floor, and my body let go to this simple but powerful process of the the lie down.  Our home and neighborhood were quiet allowing my ears to rest.

I began playing a pattern of seven on two open strings, the D and A strings.  The lovely sound of fifths resonating and drawing me in while the pattern required enough of my attention to keep me awake.  I altered the pattern and then moved onto the first cross picking exercise I learned in Guitar Craft which still strikes me as profoundly beautiful.  Now, firmly rooted in these moments of playing, I moved onto the tremolo piece.

I played through the first four bars and then paused to give myself the AT directions.  Noticing just a slight build up of tension in my right arm, I let it go.  I moved through the piece four bars at a time and then pausing to direct for a total of three times.  Then I really wanted to play through the piece in its' entirety to see if I could do so effortlessly.  Laughing, I moved onto an idea that surfaced last night.  Then after playing through a couple pieces before taking a break to write.  Back to playing.
Posted by Patrick Smith at 6:47 PM