When You Just Do the Work 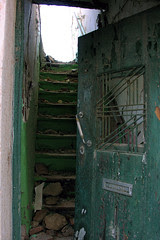 I woke last night suffering from my allergies several different times.  After dragging out of bed, I really did not feel like doing Qi Gong, nor anything else for that matter.  I could have easily rationalized that I am actually ill, right now, and let it go at that.  But this also seemed to be my resistance lurking, looking for a chink in my morning routine.  Deciding to do a "little bit" of Qi Gong, we began.  Within minutes, I noticed that I was feeling slightly better.  As we continued to practice, my energy shifted, and while I was not ready to climb Mt. Everest, I was prepared to face my day.  My sitting followed and enhanced the flow of positive energy that had begun with the decision to do that "little bit."

During the day, I found out that today was a particularly horrendous day for tree pollen in the DC metro area.  On a scale of 0-12, we were at 11.5, and this put my allergic reaction into perspective.  After work I napped a bit and then did an errand with my wife.  Our house guests arrived and after they settled in, I was again faced with a decision.  Tired, ill, and lacking in desire, should I take the night off from music.  Again the subtle voice of resistance, which I know so well.  Once recognized there is only one answer - do the opposite, do the work.

I decided to focus on the difficult part of the Etude in 7, which is improving.  I worked with the notes in various ways to see where my left hand and right hand issues were.  Then mindfully practicing this part at varying tempi and with & without the tremolo, I worked out the left hand shifts.  After 25 minutes of this, for the second time this day, I noticed how much better I was feeling.  As I continued to practice, I continued to feel better.  Why is this?  Certainly somehow related to doing the work that matters to me.  And then there are the subtle energetic shifts that occur with Qi Gong and my musical practice.  Perhaps even a bit more subtle, is that I am noticing that as a practice develops over time, through effort and discipline, the practice can then give more back to the practitioner.
Posted by Patrick Smith at 6:49 PM