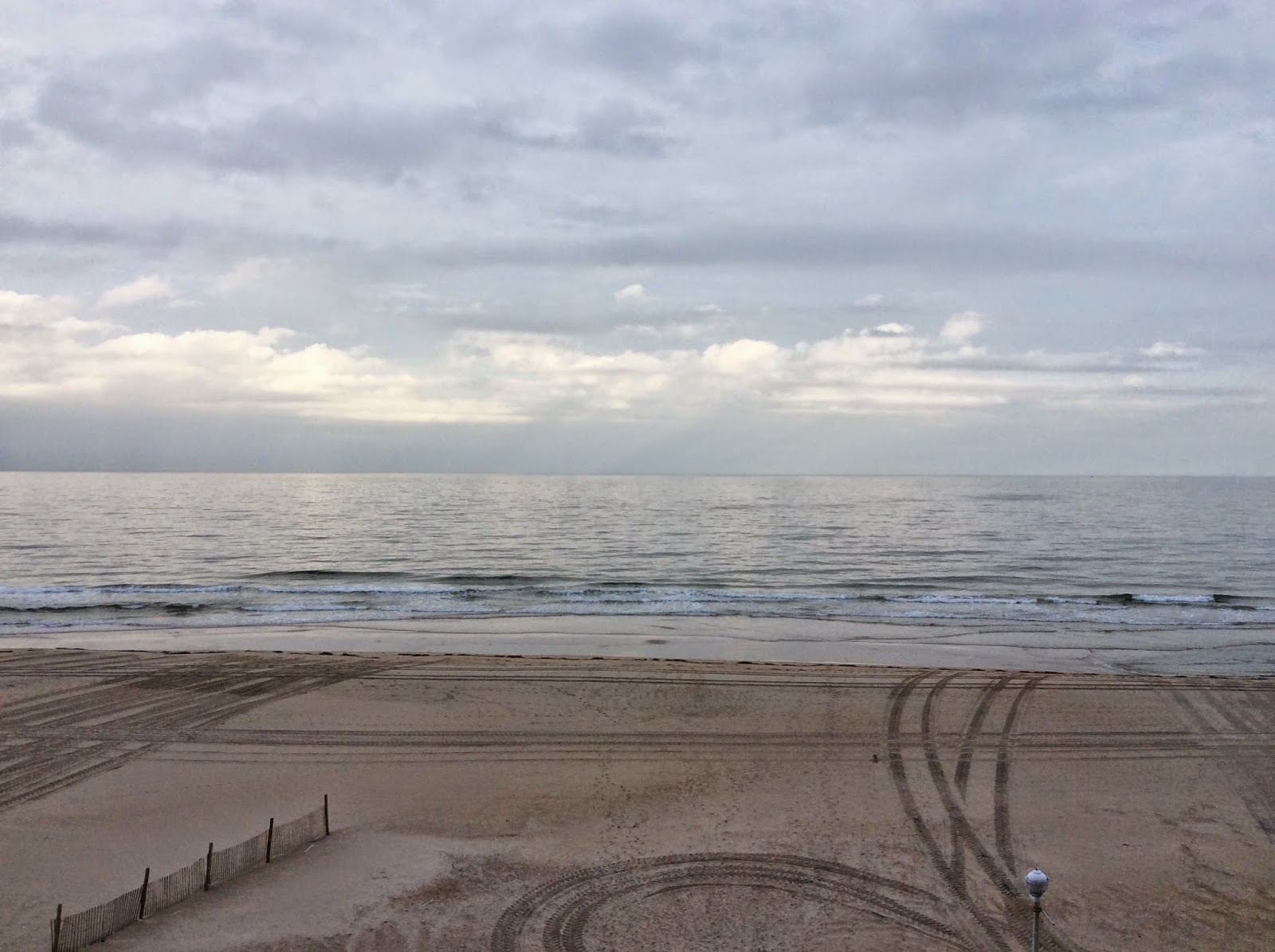 Standing at the surf's edge, I am always awed, humbled, and inspired by the vastness of the Atlantic Ocean in.  My eyes catch only a glimpse of this enormity in both length and width.  The waves release in accord with the system of forces at play, no tensing, no posturing, just release.  Then the beautiful blue sky with gentle white clouds moving about and I have a model for what the Alexander Technique  could be for me.  Forward and up; long and wide; releasing and moving according to the principles of the tensegrity structure I inhabit.

Except when I don't.  I have modeled and learned ways of using myself, even inherited some of them from my ancestors.  These unconsciously formed habits, take time to release.  What memory or action might re-trigger them quickly to live within me once more.  Today at least, I frequently have a choice.  A choice based on awareness, of being here now.  As Frank Sheldon once shared with me - Our habits have kept us alive a long time, thus they are difficult to release.  So I begin again constantly.

I sense another wave on this day the 30th Anniversary of the first Guitar Craft course which put in motion a way of life that continues to inform and inspire me.  A way of depth and breadth including many of the finest people I have ever met.  Music hovers over and within Guitar Craft, touching unlikely characters like myself, touching our world.  Truly I am a fortunate man.

May the waves of good will manifesting in Our World continue to collide and spread.

Photo by Joann
Posted by Patrick Smith at 3:55 PM