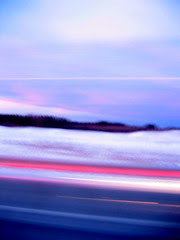 Blue, my favorite color.  Suddenly I'm humming "Call me Mr. Blue," a hit by Pat Boone on the radio when I was very young.  I remember asking my brother what the line "painting the town" meant.  I was young enough to be sitting on his lap in a rocking chair, and am now old enough to not recall his reply.  Blue Cheer was an early favorite band of mine once I started to investigate music on my own.  I still love their version of Summertime Blues.  As a teenager, I decided if I was to have my own rock band that Blue Rebellion might be a good name for the group.  This did not happen, but hey I'm still young at heart.

Then in college along came Cyndi Lauper's band Blue Angel.  I had three versions of this on vinyl, because twice a friend returned it when I was not at home and left it leaning against the front door on a hot day and it warped.  Somewhere around this time I was turned onto Miles Davis so I know that Kind of Blue entered into my musical haze.  My roommate at this time had the largest blues collection of anyone I've ever known, he also played a mean harp.

On the first live gig that I did that had a lighting designer I asked for us to be lit in blue.  She replied something about our skin color would be off.  C'est la vie, what do I know.  Perhaps I should perform wearing blue rather than black sometime. FingerPaint, the guitar driven electronic music project I was in, was to release a series  of three CD's called Primary Colors. Our only release was Blue with the final track titled Blues Unexpected.

I have a friend who played in the Blue Men, tough I never saw their show.  Then of course I love the Wallace Stevens poem The Man with the Blue Guitar.  And Robert Motherwell's Blue Elegy,  is my favorite of his Elegies to the Spanish Republic series.  Picasso's Blue period, of course you know the answer to that one.

To this day when buying dress shirts I need to look away from the blue ones or I'll come home with an armload of them.  But then those darn Tar Heels had to pick blue as their uniform color, and I dare not sully this blog with the other carolina team with blue  in their name.  Even blue, my blue; my favorite color can be led astray.  But then I learned a long time ago that everybody get's the blue's sometimes.

Funny how a blurred photo with beautiful blue hues can unleash these memories.  Grateful that they still arrive in my mind. Now I remember that a couple of weeks ago I began a piece called Blue Mazes.   Where this title came from I know not, but I hear my guitar calling me to the basement.  I don't think I'll play the blues but who knows.