The First Note Calling to Me 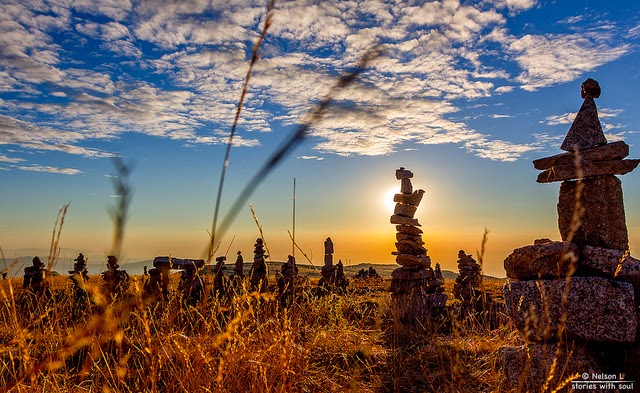 As you start to walk on the way, the way appears. ~Rumi

Tired after being out most of the day and feeling a cold coming on.  I needed to pick up my guitar as I did not play yesterday.  After having soup for dinner, I thought about where to begin the session.  I was clueless as a big part of me just wanted to go back to reading a novel. Then I thought about my first note of 2015 - Bb.  What might the  Bb reveal to me on this evening?  Might I explore brave new sonic material?

I decided to drop the grandiosity and pick up the guitar.  And I'm happy I did.  I played with just a Bb, on different areas of the fretboard, then began to improvise with Bb as a tonal center.  Not much of interest was happening but as least I was caressing those strings.  I began playing through The Call, and then returned to Bb for some reason.  A melody of interest tinkled out and I began to develop this.  This spark of the creative spirit lifted my mood as I continued to explore possibilities.  I could have taken it further, but really do need to rest.  Trusting that that more shall be revealed.

Photo by Nelson L.
Posted by Patrick Smith at 5:06 AM